After the FEAR Combat Ultimate Fate Event, I released what in that moment was the only way to list and join FEAR Servers. Over the next months/years more functionality was added to It.
With every sucesive update, the FEAR Installer included SEC2 and fixed most of the bugs ingame, so the Launcher became obsolete.

At this moment, a tool to track servers and users is not required, because the game works as It used to be.
Still, for Server Admins and players, sometimes is needed a tool to view servers activity; Check If your team mates are already ingame, or just check If your server has some activity.

This is still in an early development stage, but I will try to get a closed beta in the next weeks. Stay Tunned! 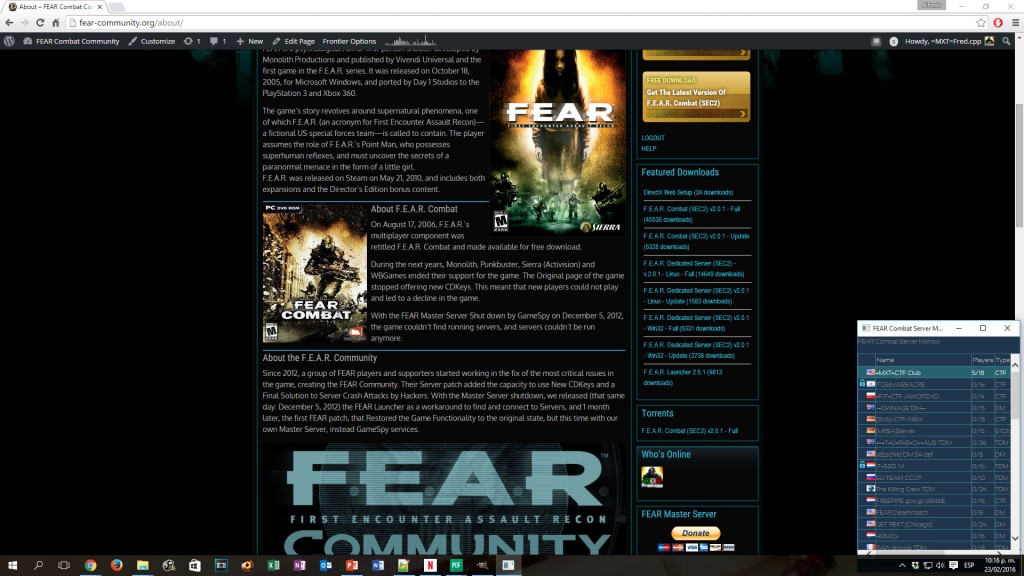