After the FEAR Combat Ultimate Fate Event, I released what in that moment was the only way to list and join FEAR Servers. Over the next months/years more functionality was added to It. With every sucesive update, the FEAR Installer included SEC2 and fixed most of the bugs ingame, so the Launcher became obsolete. At […] 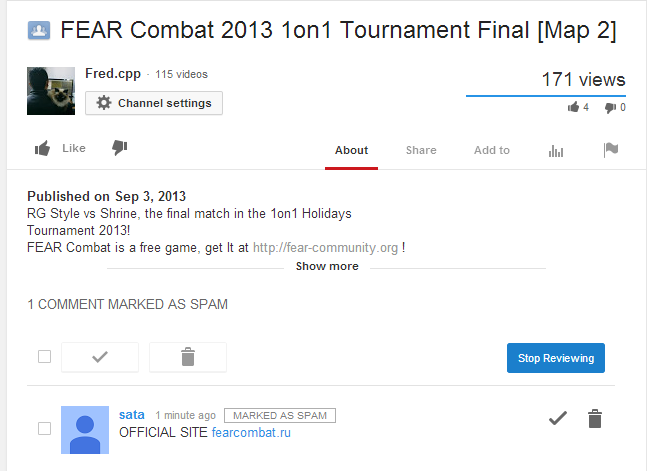 Someone that doesn’t know what «Official» means was spamming some videos. Youtube marked the comments as spam.